noiseqbio too many false positives

So, I decided that noiseqbio did not give reasonable outcomes. Although, different parameters may yield different results.

For comparison, I tried noiseq, which gave reasonable results.

(M,D) pair for each gene is evaluated based on a null distribution estimated from technical or biological replicates or simulations in 2011GR.

In NIOSEQBIO, theta=(M+D)/2 seems to be the statistic used for null distribution based on my understanding of its manual. 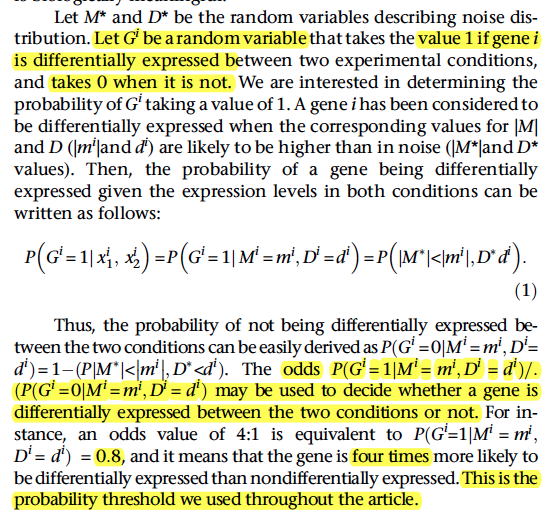 Probability = 0.8 was the cutoff for differentially expressed genes in 2011GR.
Probability = 0.95 (FDR) is recommended for biologically replicated samples.


NOISEQBIO is optimized for biological replicates.

When using noiseq and noiseqbio, normalization and filtering can be done through parameters, 'norm'.

Regarding the low-count filtering, it is not necessary to filter in NOISeq  method. In contrast, it is recommended to do it in NOISeqBIO , which by default fliters out low-count features with CPM method (filter=1 ).

Authors stated that noiseq output prob are not equivalent to p-values?

Email ThisBlogThis!Share to TwitterShare to FacebookShare to Pinterest
Labels: graph

big challenges in evolution and ecology

1) linking genotype to phenotype, and understanding how the environment influences that link and 2) understanding biological diversity (its evolution, its maintenance, and the consequences of its loss).

So, understanding the origin of life would definitely be one of my grand challenges.

A clear fourth challenge relates to understanding the brain – clearly this is a huge, very active area of research, and it’s also something that students will find really engaging. (It’s also one of the challenges on the list I linked to earlier.)

Predicting and mitigating environmental change for managing the effect of local, regional and global change

Experiments: manupulation of the natural world to understand the mechanics of ecosystems
Scaling: summing up ecological and evolution processed locally on individuals to understand regional and global patterns

Ecoinformatics and genomics: integrating genomic and ecological data to understand the natural world

Below is the list, in the chronological order that I plan to introduce them, of “foundational questions in ecology and evolution”:
I recognize that if one were to write a list of contemporary “big questions” in ecology and evolution, there would be a lot of additional questions to add to this list. But my goal is not to capture the big questions of now: I want to create a comprehensive list of the questions that led to the formation of these scientific fields.
Feel free to comment on these “foundational questions”:
Below is a list of some of the sources that I used to come up with these questions:
envrionment360 “On His Bicentennial, Mr. Darwin’s Questions Endure”
This page has some great commentary on Darwin’s tendency to ask questions about specific observations he made, questions that fall into some of the broad categories of my “foundational questions”. I also really like the “inherent tendency to vary” quote as it relates to the question of the diversity we observe in nature: being a keen observer of this diversity will be a key characteristic of WmD.
Ernst Mayr’s The Growth of Biological ThoughtMayr asserts that Darwin’s central questions were “Can species change, and can one species be transmuted into another?”.
Macroevolution.net “Alfred Russel Wallace”
This brief biography of Wallace discusses his “why do some die and some live?” question that was inspired in part by his malarial delirium.
UCLA Newsroom “Stepping out of Darwin’s shadow”
This page discusses some of Wallace’s important questions that relate to biogeography: why organisms exist in particular locations, and why species vary in abundance in different locations.
Natural History Museum London “Darwin’s questions on caterpillar colouring”
I like this page just because it highlights that Darwin was not above asking Wallace a question related to the evolution of organisms (in this case butterflies).
Thomas N. Sherratt and David M. Wilkinson Big Questions in Ecology and EvolutionThis book contains a bunch of nicely-phrased questions that inspired some of my questions above, including the “why the world is green” question of Hairston, Smith, and Slobodkin and questions such as why species exist and why the tropics are more diverse. In particular it looks at the question of chaos, which inspired my question on randomness.
Journal of Ecology “Identification of 100 fundamental ecological questions”
Although these questions are by-and-large a lot more specific — and wonky! — than mine, it was important to see to what degree my questions encompassed these. A lot of these are about human impacts, an area that I will not approach until later in the WmD Project.

simulation of photonic crystals and metamaterials

Email ThisBlogThis!Share to TwitterShare to FacebookShare to Pinterest
Labels: SimCenter


Coursera.org on "systems biology"
Posted by Hong Qin at 10:42 AM No comments:

Dang lab uses FIJI http://fiji.sc/http://fiji.sc/
In Dang lab, a person plays video of time lapsed images in IJ  at a speed of 5 frames per second.  Typically, each cell is counted twice.

cactus: minimal structure that contains neither inaccessbile or dilations.
cacti:

To enter grades go to our main webpage https://www.utc.edu/ and click on the MyMocsNet link in the upper right hand corner, enter your UTCID and Password and hit enter, then click on Login to My MocsNet.  Click on the SSB (Self Service Banner) link located in the bottom left area of the Home or Faculty tab, click on Faculty Services, choose XE Midterm & Final Grades, and choose the Final Grades tab.

There are grading guidelines to the right of the grading page along with a link to the training.  If you need assistance you can email me or call me at 425-5780.


http://www.utc.edu/records/calendars-and-schedules
Posted by Hong Qin at 8:39 AM No comments:

Email ThisBlogThis!Share to TwitterShare to FacebookShare to Pinterest
Labels: UTC 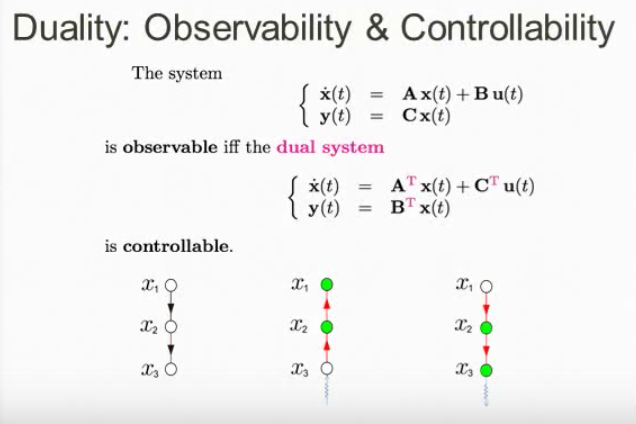