To grow AGY75, SC-Trp
I added 2.5ul 88mg/ml histidine stock to 5ml SC-His-Trp for a final concentration of 44ug/ml based on Gammie protocol according to Dr. Kioko

For plate growth, I dripped 1X histitine to the SC-HIS-Trp plate for AGY75

Ecoli Media:
LB + amp because pRS413 has a beta-lactamase which offer resistance to beta-lactam antibiotics such as ampicillin and penicillin. 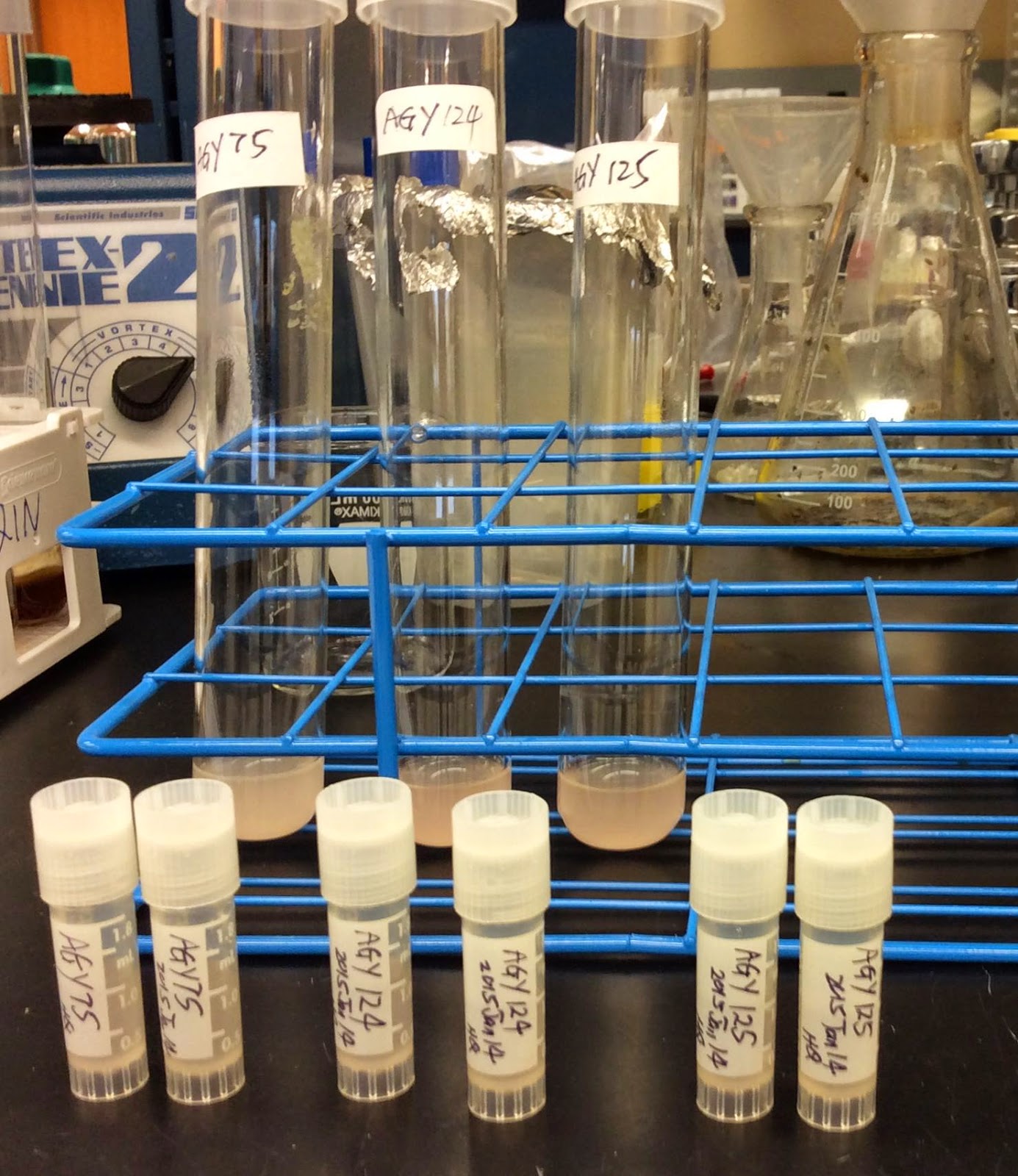 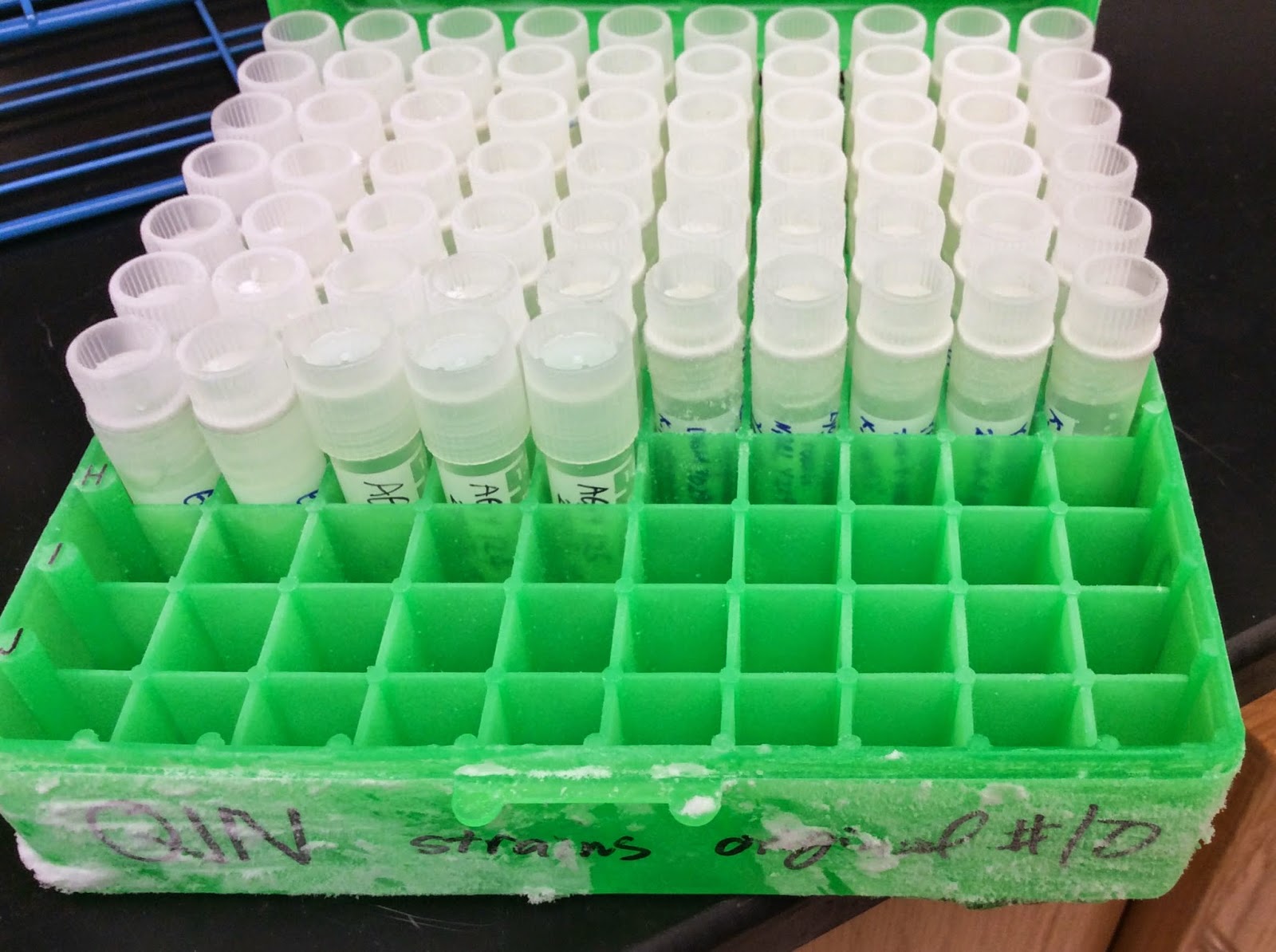 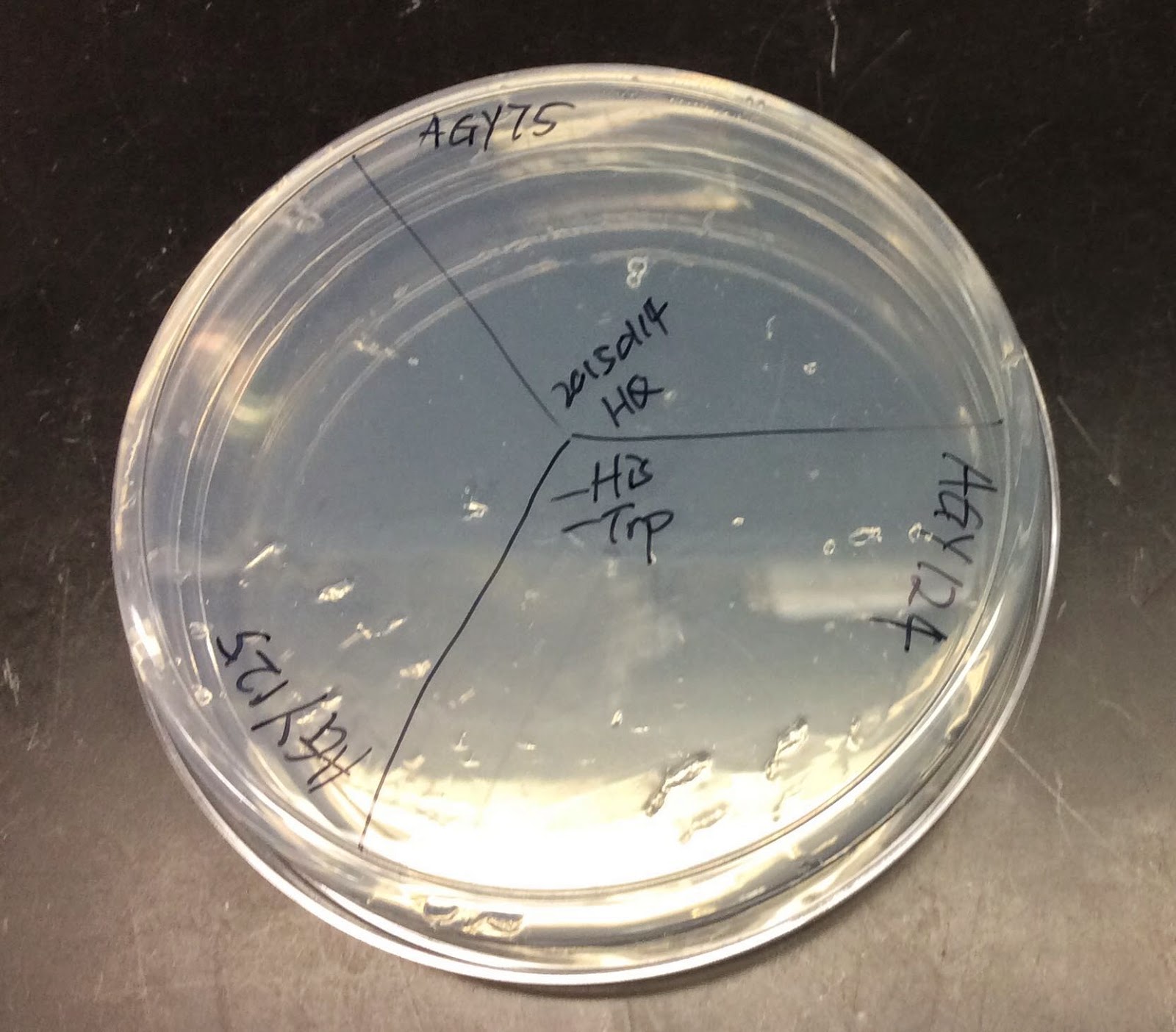 2015 Feb 12, I finally obtained SD-Trp-Ura plates, and spread AGY75 strains from the glass-tube cultures.
2015 Feb 16. AGY75 grows well on SD-Trp-Ura plate (Problem: some colonies became pink, but some remain white after a while. ). 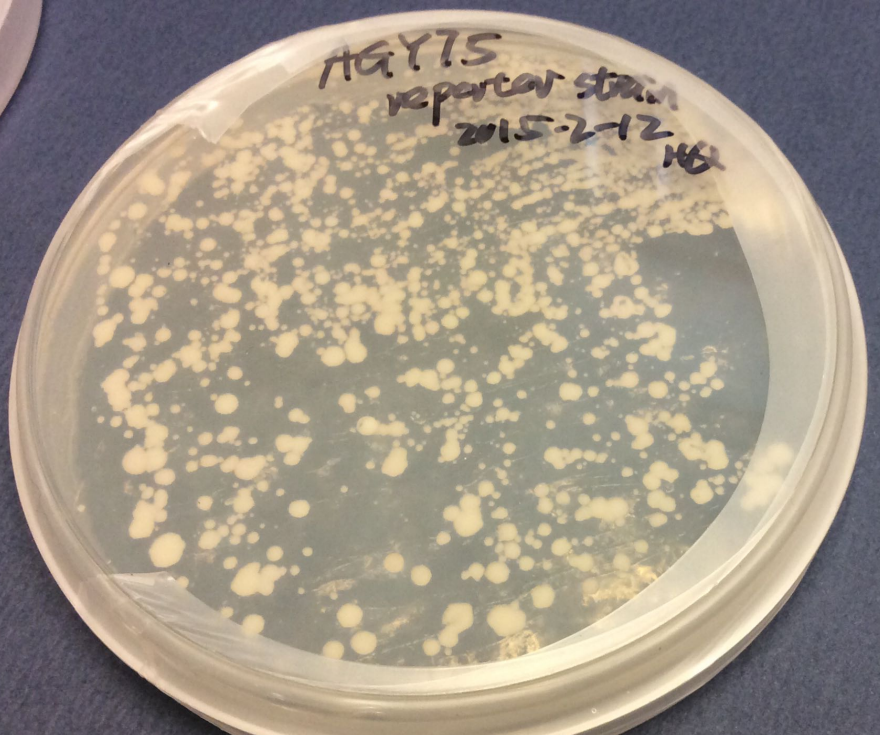 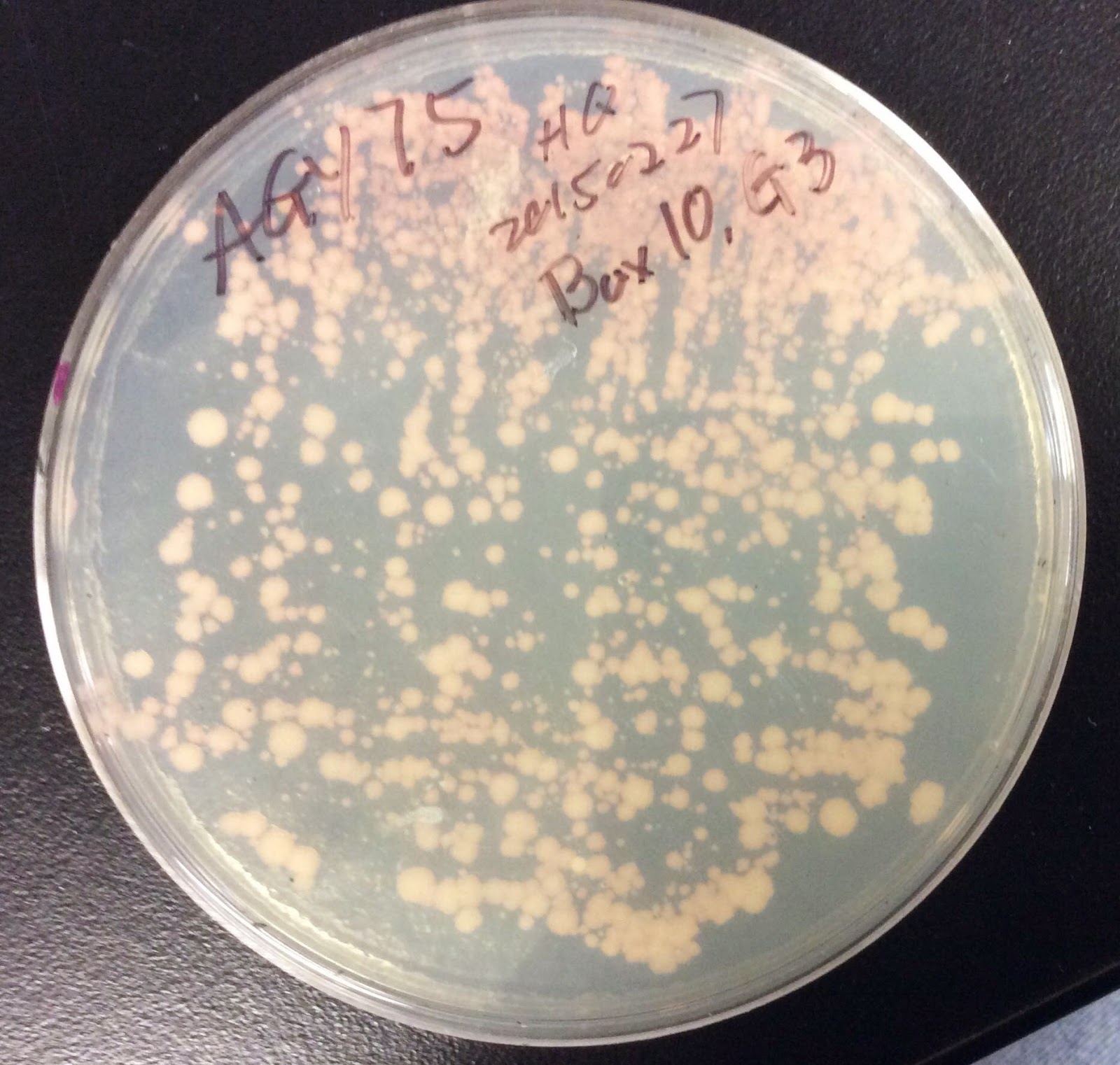