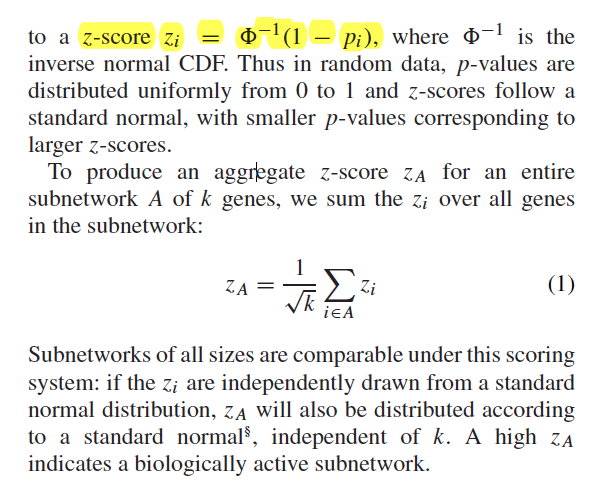 Maybe because Ideker02 is looking for 'active subnetwork', only positive Z-score were used. No, both positive and negative Z-score were calculated.
Ideker02 seems to combine K-means and simulated annealing for network clustering.

Qin: Did the previous methods use human pathogenic genes? Seems not if they did not cite dbSNP or OMIM.