A control system has an input, a process, and an output. It can be open loop or closed loop. Open loop systems do not monitor or correct the output. Closed loop systems can monitor output and make adjustments. 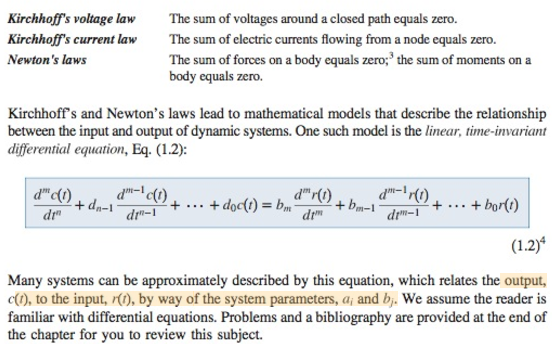 State-space representation is another model for systems and is suitable for non-linear systems.
Essentially, state-space model change nth-order differential equation into n simultaneous first-order equations. It seems to me that the state-space model is the mostly used ODE modeling methods in systems biology.

Test signals with different waveforms can be used to study systems.

The basic analysis of a system is to evaluate the time response of a system.

A sensitivity analysis can yield the percentage of change in a specification as a function of a change in a system parameter.

In biology, many ODEs has nonlinear terms with product of variables. So, transfer function cannot be applied, but state-space method can be used.

Stability: a system is stable if every bounded input yields a bounded output. So, does aging changes a stable gene network into an unstable network? 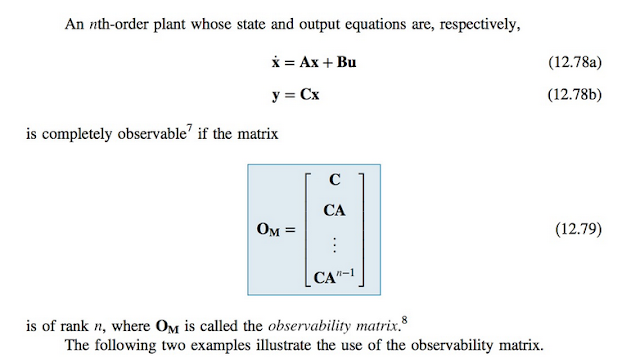 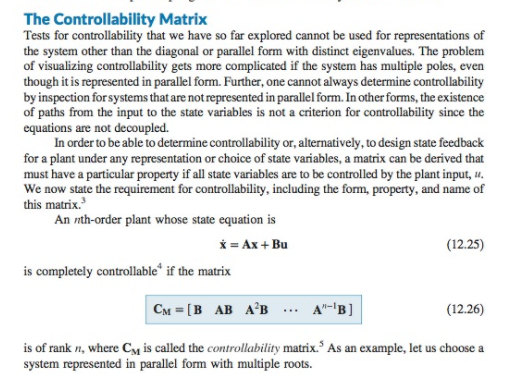